Faith the size of a mustard seed is perfect for the planting and birthing of the miraculous.

The Faith of Open Hands

Faith. We only need a mustard-seed size to witness amazing things. With just a small bit of faith, the miraculous can invade daily routine and exceed our expectations for what’s achievable.

Now to Him who is able to do exceedingly abundantly above all that we ask or think, according to the power that works in us, to Him be glory in the church by Christ Jesus to all generations, forever and ever. Amen. (Ephesians 3:20–21)

Provision, restoration, resurrection—it all takes faith. But sometimes faith has to fuel more than one quick prayer—maybe more than one month of prayer—as the Lord leads the way through a journey of faith. From initial request to the time of enjoying the answer’s arrival, it is through that “substance of things hoped for, [that] evidence of things not seen” that we can enter what the Lord desires to actively work out in our lives (Hebrews 11:1).

Faith pleases the Lord, and faith is a vital aspect of the Christian life. Faith causes us to move forward during those challenging times when every factor seems to point toward inevitable impossibilities. The interesting thing about faith is that the Lord uses it to sustain us in the waiting as we cast our cares upon Him, believing life will still be okay despite perceived delays. And there are moments when it seems an answer has been given by the Lord’s hand only to have Him lead us from having the faith to receive it unto the faith that releases it back to Him.

Hebrews 11 outlines faith well, highlighting moments of our spiritual forbears who, against all odds, saw the miraculous hand of God move in impossible situations. Abraham and Moses, Noah and Gideon, Sarah and Rahab, Joseph and David—these imperfect followers take their place in the hall of faith as dictated by a gracious God whose love truly covers a multitude of sins.

They fought the good fight of faith and stood strong to see the Lord prevail. Despite challenges, testing, temptations, and troubles, they awaited the power of God for breakthrough and turnaround. Every name is included with great reason. Their stories, located throughout the Bible, teach and encourage us in our day-to-day life.

“And they overcame him by the blood of the Lamb and by the word of their testimony, and they did not love their lives to the death.” (Revelation 12:11)

Perhaps someone who would share a strong testimony of steadfast faith would be Hannah. One of two wives to an Ephraimite named Elkanah, Hannah was greatly loved by her husband. But she was also greatly taunted by his other wife, Peninnah, who, unlike herself, was able to have children (1 Samuel 1:6–7).

In 1 Samuel, during the annual time of worship and sacrifice in Shiloh, Hannah pours out her heart to the Lord in prayers, allowing her tears and prayer to flow freely.

Her vulnerable moment of prayer is interrupted by Eli the priest, who mistakes her quiet prayers as a sign of drunkenness. Hannah quickly interprets the cry of her heart, attributing her tearful prayers to sorrow, not alcohol. In turn, Eli sends Hannah home with a promise of her prayers being answered.

As He’s done repeatedly, the Lord once again shows Himself faithful. Within a year, Hannah conceives and gives birth to a son named Samuel. And just as the Lord kept His word to Hannah, she responds in faith to the Lord’s good gift of a male child and keeps her vow to God.

Now the man Elkanah and all his house went up to offer to the Lord the yearly sacrifice and his vow. But Hannah did not go up, for she said to her husband, “Not until the child is weaned; then I will take him, that he may appear before the Lord and remain there forever.”

So Elkanah her husband said to her, “Do what seems best to you; wait until you have weaned him. Only let the Lord establish His word.” Then the woman stayed and nursed her son until she had weaned him.

Now when she had weaned him, she took him up with her, with three bulls, one ephah of flour, and a skin of wine, and brought him to the house of the Lord in Shiloh. And the child was young. Then they slaughtered a bull, and brought the child to Eli. And she said, “O my lord! As your soul lives, my lord, I am the woman who stood by you here, praying to the Lord. For this child I prayed, and the Lord has granted me my petition which I asked of Him. Therefore I also have lent him to the Lord; as long as he lives he shall be lent to the Lord.” So they worshiped the Lord there. (1 Samuel 1:21–28)

Hannah receives the answer to her prayers, only to relinquish control back to God. She delivers Samuel to the priesthood to be taught by Eli. A woman who was wracked by the grief and shame of being barren takes the child of her prayer and truly places his care into God’s hands.

Without any plan B, any caveats or conditions, Hannah sets her heart to fulfill her vow to the Lord and places her only son in an environment that’s equivalent to a debauched frat house. When good logic, and Christian parental groups, would’ve dictated that the best scenario for a precious gift from God would be a place where holiness is practiced—or at least a place with his mother—Hannah instead honors her word and her God with unwavering faith and takes Samuel to the temple despite it being a place known to be unholy, depraved, and the exact opposite of what it was created to be, to exemplify, and to accomplish.

Now the sons of Eli were corrupt; they did not know the Lord.
The sin of the young men was very great before the Lord, for men abhorred the offering of the Lord. (1 Samuel 2:12, 17)

And Hannah doesn’t show her commitment only for a couple of days, waiting to see if everything meets her standards or turns out okay before she rushes back to Samuel’s side to take him home with her. She fully entrusts her only son into God’s care.

With eyes of faith, Hannah looks past the very real factors of Samuel’s impressionable young age and the sinful actions of those who are expected to mentor him in a holy profession. She rests her gaze on the God who is faithful. Through her practical actions,
she displays her respect for her son’s profession and her trust in the Lord, who sees all, hears all, and answers prayer.

But Samuel ministered before the Lord, even as a child, wearing a linen ephod. Moreover his mother used to make him a little robe, and bring it to him year by year when she came up with her husband to offer the yearly sacrifice. (1 Samuel 2:18–19)

And once again, the Lord shows His response to faith—not just to Hannah, but also to Samuel, and ultimately to Israel. In a time when the word of the Lord was rare and Israel was being represented before the Holy One by leaders who were knowingly sinning against God without remorse, God uses Hannah’s promised child, Samuel, to prove that “He is a rewarder of those who diligently seek Him” (Hebrews 11:6).

In faith, Hannah’s offering to the Lord is multiplied back to her.

And the Lord visited Hannah, so that she conceived and bore three sons and two daughters. Meanwhile the child Samuel grew before the Lord. (1 Samuel 2:21)

Even in an environment that could influence Samuel toward corruption, the Lord ensures and cultivates Samuel’s maturity into holiness.

And the child Samuel grew in stature, and in favor both with the Lord and men. (1 Samuel 2:26)

Not only does God ensure Samuel’s holiness, but He causes him to become a prophet through whom God corrects and guides Israel.

So Samuel grew, and the Lord was with him and let none of his words fall to the ground. And all Israel from Dan to Beersheba knew that Samuel had been established as a prophet of the Lord. Then the Lord appeared again in Shiloh. For the Lord revealed Himself to Samuel in Shiloh by the word of the Lord. (1 Samuel 3:19–21)

In  times when life’s challenges seem impossible and any type of turnaround seems unlikely, we, too, can be like Hannah. She knew where to take her problems. She knew who collects tears. And she knew who answers prayer.

Faith the size of a mustard seed is perfect for the planting and birthing of the miraculous. When those uncomfortable, aggravating, impossible moments collide with the power of God that He’s connected to our faith, the impossible once again becomes reality.  Mourning is turned to joy, desires of the heart become reality, and even the dead live again.

We, too, experience the benefits of covenant from the God who can bring the dead back to life and make new things out of nothing. He sustains. And He responds to faith.

He lifts our heads until we can declare like Hannah, sing like Hannah, even rejoice like Hannah in the midst of impossible looking situations. Even in the face of perceived defeat, we remain confident.

Where in your life can you grow in faith?

For more on growing in faith, we recommend The Fire of Delayed Answers: Are You Waiting for Your Prayers to Be Answered? by Bob Sorge. Intensely passionate and practical, this book can enlarge your heart and expand your faith as you consider the great blessings extended to those who wait on God alone. Learn more

Fia Curley served on the NightWatch at IHOPKC for many years, participating in prayer, worship, and intercession from midnight to 6am. Currently attending college in New York, she enjoys blending her passion for prayer, worship, and journalism as she labors with the Lord to see His goodness revealed to families, government leaders, and immigrants from non-Christian nations. 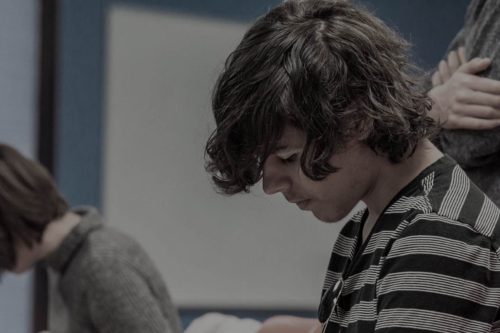 Teenagers: You Were Made for Breakthrough

The sincere desire teens have to love God is possible to live out when we confidently rest in the truth of His overwhelming love for us. 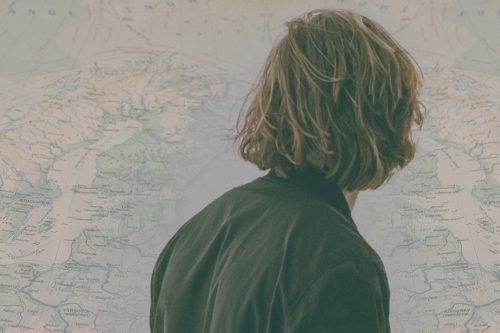 We Want to Change the World, but We Hate Change

We are caught in a desire for change yet get frustrated when circumstances change around us. How do we handle this wrestle? Learn from one man's journey and inner struggle. 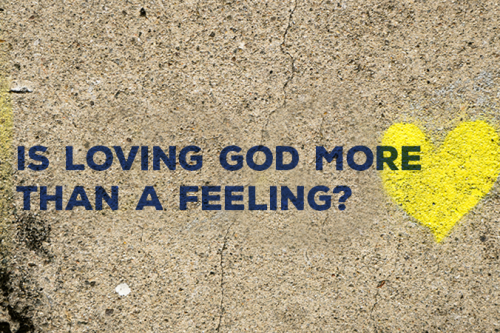 Is God’s Love More than a Feeling?

God wants us to both know and feel (experience) His love. It's more than a theory—-it's something that can change your life!